Welcome to the Citizens of Skateistan: Zamarin Wahdat

We are delighted to welcome Zamarin Wahdat to the Citizens of Skateistan! Zamarin was born in Kabul, Afghanistan and raised in Germany and was part of the team that made Learning to Skateboard in a Warzone (if you’re a girl). The film follows a group of girls in Skateistan’s Back-to-School program and recently won the Academy Award for Best Short Documentary. Today, we bring you a short interview with Zamarin to find out what led her back to her birthplace, how Skateistan affected her and what she hopes for the future of Afghanistan.

Tell us a bit about you - when did you leave Afghanistan?

I was born in Kabul, Afghanistan. Actually I was born in a neighbourhood called Mekroyan - the same spot where Oliver first ran skate sessions back in 2007/8. I visited when I went back and I went to the hospital where I was born. My mum always tells me the story of the night I was born - there was no electricity and bombings were happening that night. My aunt was the one to deliver me.

Along with my parents, I left Afghanistan in 1991 when I was two years old. It was just before the Taliban rose to power. We had a long journey to Germany and eventually settled in Hamburg. The first couple of years that we were in Germany, we lived in an asylum center. Once our papers were processed, we got an apartment. I still have distant family in Afghanistan, but I’d never been back until I went to work on Learning to Skateboard in a Warzone (if you’re a girl).

How did you get into the film industry?

I’ve always been interested in telling stories and I’m a very visual person - I got the chance to study visual arts at the University of Sussex in Brighton (UK) and in my last year of study, I started to get interested in film.

Are there any films which really inspired you?

I grew up watching films with my dad, sitting on the couch. I’m an early riser and so is my dad, so we used to get up early and watch films before everyone else woke. They were usually old western movies. Those memories shaped me and then later I realized I could tell stories in this way.

What kind of films are you drawn to working on?

I’m always drawn to female protagonists and I love working with kids. I also have this interest in the ways that women and girls use sport to cope with difficult situations. I never planned that as a theme - but it’s the stories I keep being drawn to. At the moment I am really interested in narrative film making and that’s what I studied at NYU.

When did you first hear about Skateistan?

I was studying at NYU and Carol Dysinger (Director of Learning to Skateboard in a Warzone) was one of my professors. As I’m Afghan, she asked me if I’d be interested to work on the film. But that wasn’t the first time I’d heard of Skateistan - my cousin actually volunteered at Skateistan in Kabul back in 2011. When Carol asked me to work with her on the film, I said yes immediately without thinking that I would have to finish my course early and explain to my family that I was going to Afghanistan. It had always been my dream to go back to my home country. I had a longing for home.

Tell us a bit about your experience in Kabul.

It wasn’t how I expected it to be. I had heard the stories from my mum and my grandparents. In my imagination, Afghanistan was paradise. I knew it was a warzone but I had in my mind an image of how it used to be. I felt happy when I got there because I felt like I was home, but it was also hard. I wasn't allowed to move freely, I saw no other women on the streets. The river in Kabul has no water but is full of trash. I felt so sad. But then I went to Skateistan. I felt a sense of safety and freedom, especially when the girls came through the door. They were so happy and full of life - they were the Afghanistan I had in mind.

What was your role on the film?

Carol already had her team but she asked me to come and assist in camera work and also in talking with the girls, interviewing them and connecting with them as well as translating. Carol felt that the girls wouldn’t open up to her freely so I took on the role of connecting with the girls in Dari. I did everything with the girls: communicating, giving them homework, making them laugh, getting them to draw their favourite things. It helped to make the girls feel comfortable, natural. I wanted to help the film to feel as if it was coming through the eyes of the girls.

What moment sticks in your mind the most about filming at Skateistan?

My headscarf kept falling off because I hadn’t learned how to tie it properly. So one day, I decided to tie it as if I was a pirate. This made the girls laugh so much and they started experimenting with different styles. When women and girls are alone, they can be so free. There is a lot of humor.

Sometimes I just felt like I belonged with them. Little things like walking down the path with them at Skateistan, heading towards the Skateistan bus after their classes. I felt comfortable, like I had come home.

How did it feel to be part of an Oscar winning team?

It felt a little bit unreal. We couldn’t quite believe it was happening. We had filmed in 2017 so it felt surreal that it was suddenly in the spotlight. I never imagined that I would go to the Oscars with Tony Hawk! When they announced it, we all jumped up and screamed. We knew that the Oscar would put attention towards Skateistan and towards Afghanistan.

What is it about Skateistan that you particularly relate to?

Once the girls step on the skateboard, they have fire in their eyes. It’s a feeling of victory, that they can learn a new trick, take a ramp. Even that they can be there, doing this. It teaches them something very important: if I can do one thing, I can try another. It gives them something to aspire to and an independence that is very hard for an Afghan girl to have. They have it within those walls, and they take that lesson into the rest of their lives.

What do you think is the most important thing for girls growing up in Afghanistan?

The most important thing is also the hardest thing: to stand up for yourself, to protect yourself and to not allow yourself to be pushed into the role that some elements of society want for women. This has to be taught. That is what happens in Skateistan - they are taught that they can stand up for themselves. That they can be brave.

What made you want to become a Citizen of Skateistan?

It’s the belief that even in really bad conditions and times, and in a warzone, the smallest project can add a glimpse of happiness in children’s lives. This will make a change. If everybody can think in this way, it will build Afghanistan back up. I could have been a child growing up in Afghanistan, I could have been illiterate and married off at a young age. I saw the change that Skateistan can bring and I want to represent the organization so that we can reach more children. I don’t want the world to forget Afghanistan and its girls again.

We'd like to say a huge thank you to Zamarin and the whole team behind Learning to Skateboard in a Warzone (if you're a girl) for helping to tell the Skateistan story. If you'd like to join Zamarin and make a difference to the lives of our students around the world, become a Citizen of Skateistan today. 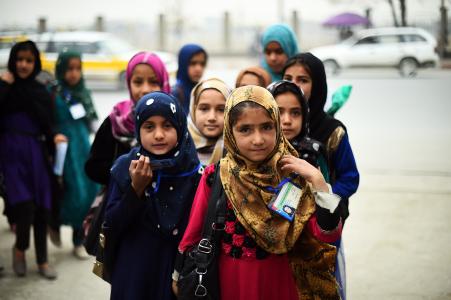 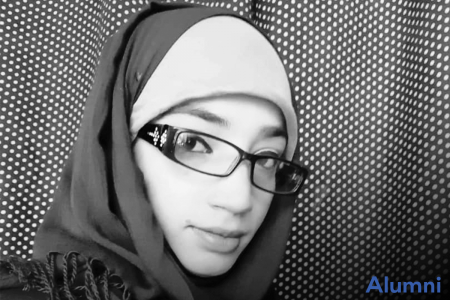 Skateistan Alumni: Hosai's story
We are excited to share this story of a former student in Kabul. The Alumni Network is a new project, which connects our former students with each other, shares opportunities and celebrates their success. 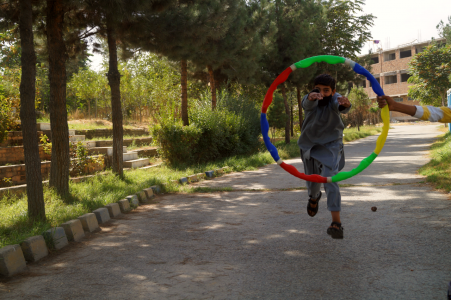