Learning to Skateboard in a Warzone: Nominated for an Oscar!

Huge news for Skateistan fans - Learning to Skateboard in a Warzone (If You're a Girl) has been nominated for an Oscar and a BAFTA!

Learning to Skateboard in a Warzone (If You're a Girl), is a short documentary which follows the progress of a group of girls at Skateistan in Kabul. Filmed over the course of a year, Learning to Skateboard in a Warzone follows the girls as they progress both in the classroom and the skatepark, navigating not only the challenges of their education but of the increasingly unstable world outside the walls of Skateistan.

The film focuses on how Skateistan acts as a haven from the outside world for its students. Within the walls of Skateistan, the girls are free to express themselves, learn without fear and to allow their personalities to shine.

Skateistan Founder Oliver Percovich had this to say:

“We are all so happy to see Learning to Skateboard in a Warzone recognized by the Academy and BAFTA. We see so many negative stories about Afghanistan and this is a story of real hope which can help to challenge perceptions. Here at Skateistan, we’re firm believers that when girls and women are empowered, they can achieve great things. That’s what is demonstrated so well in this film - the story of a group of girls who are defying expectations in Afghanistan, being told by an all-female film crew and getting the recognition it deserves.”

In addition to winning the Best Documentary Short prize at Tribeca, Learning to Skateboard in a Warzone also won Best Short Doc at the Flyway Film Festival in Wisconsin and the Social Justice Film Festival in Seattle, and was named to the International Documentary Association’s short list for their 2019 awards. BAFTA winners will be announced on 2 February and Academy Award winners on 9 February. Watch this space, and fingers crossed!

Huge thanks to Grain Media and A & E Networks for helping to tell our story.

If you want to empower more girls like the ones in the film, please consider making a donation today so we can continue our work. 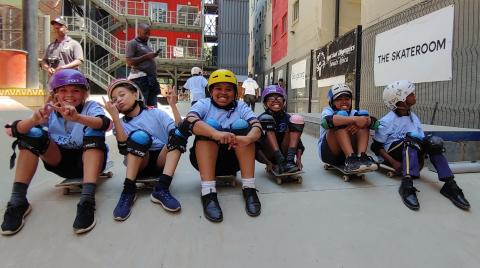 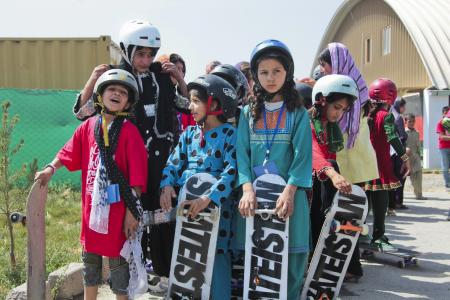