Zarafshan* is 13 years old and lives in Kabul, she has been coming to Skateistan since 2018. First she participated in the Back-to-School program, an accelerated learning program for children who are out of school. Once she had graduated from Back-to-School, she enrolled in public school in the fourth grade, but she kept coming to Skateistan and now attends the Skate and Create program. Zarafshan has introduced several students to Skateistan because she likes it so much, including her niece.

When she first came to Skateistan she was not able to make friends and talk to teachers because she was afraid of them. She thought that all teachers punish their students so she was scared to speak up in case she got something wrong. After coming to lessons at the Skate School for a week, she realized that her educators are kind and that lessons at Skateistan are fun. Malalai is Zarafshan’s Educator at Skateistan and it was Malalai who changed Zarafshan’s mind about teachers. Zarafshan has decided to become a teacher in the future just like her teacher at Skateistan.

Malalai was originally a student at Skateistan, and then she became a volunteer. She worked really hard and eventually became a part-time staff member, helping out in the Back-to-School classes. For Malalai, the most important thing is her students and she never gives up on them. She is like a role-model for her students, a kind and creative teacher.

Zahra, our Programs Officer in Kabul, spoke to both Zarafshan and her Educator, Malalai, to understand how one woman can inspire another.

Zahra: What have you learned from your Educator Malalai?

Zarafshan: Beside the lessons she taught me, I learnt to respect people, and I realized what a real teacher looks like.

Zahra: Is there something special she taught you?

Zarafshan: Now I know, when I become a teacher in the future, I should not punish my students, but rather be kind to them. I will be supportive and creative with my students. That way, my students will enjoy the lessons and learn new things.

Zahra: What did you want to help Zarafshan with when she first started coming to Skateistan?

Malalai: She was a quiet girl, not talking to anyone when she first came. When I asked her questions about what she had learned, she didn't even raise her hand to answer the questions. One day I asked her to come in front of the class and write the Dari alphabet on the whiteboard. I saw that she was shy and confused in coming in front of the class, so I encouraged her kindly to come and write the alphabet. She came in front of the class and wrote all of the alphabet plus numbers without a single mistake - this was in the very first week of the program. I was shocked! I thought she was shy because she didn’t understand but now I could see she was such an intelligent girl. I realized that she needed to be encouraged and supported, because she had low self-confidence.

Zahra: How did you do that?

Malalai: I realized her needs and supported her to become more self-confident. I knew that she would learn the lessons, but something stopped her from answering the questions and talking in front of the class. This is normal for girls because they are often told they will not be good in school. But we are gentle and kind to the students and we give them time.

Zahra: Who inspired you when you were younger?

Malalai: My mother was the one who inspired me, as she is a very good teacher.  When I was a kid I always wanted to become a good teacher like my mother. She was my role model.

Zahra: What are your hopes for the future?

Zarafshan: I want to go to university and become a good teacher in the future, because my country needs good teachers more than anything else.

Zahra: What are your hopes for Zarafshan's future?

Malalai: As Zarafshan always talks about becoming a teacher, I hope she becomes a very good and supportive teacher in the future.

Skateistan is aiming to raise $75,000 by the end of July so that we can provide more spaces where girls like Sophea are supported, encouraged and celebrated. Donate today to show girls that they can be whatever they dream of being. It's Her Turn.

*Zarafshan's name has been changed in accordance with Skateistan's Child Protection Policy.

Zarafshan & Malalai spoke to Zahra, who wrote this
It's Her Turn
Kabul 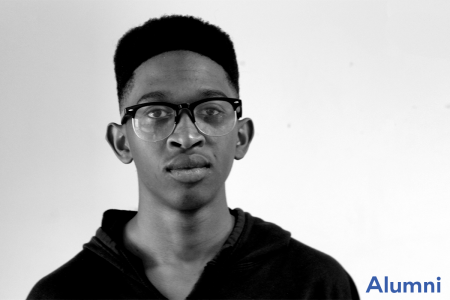 Skateistan Alumni: Ntlanzeko's story
We are very excited to publish the first in a group of stories from Skateistan's Alumni Network. The Alumni Network is a new project, which connects our former students with each other, shares opportunities and celebrates their success. 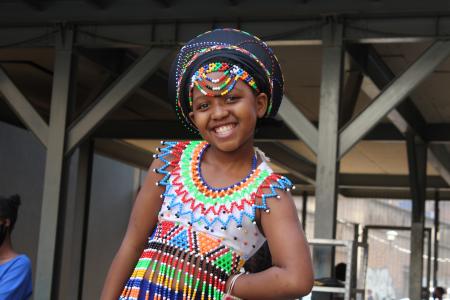 Celebrating Heritage Day in South Africa
Heritage is something to be proud of. At our Skate School in Johannesburg, children celebrate their own heritage and learn about the cultures and traditions of other groups. 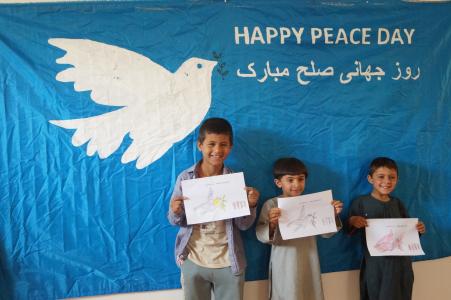