In a busy waiting room in a Kabul hospital, Fatima hears her name being called. She follows the young nurse into a small room, ready to have her blood tested. She sees the nurse hesitate for a second as she looks from the name on the chart to the woman in front of her. “Fatima jan?” the nurse asks, using the term for respect and affection in Afghanistan. She meets the eyes of the older woman. “You were my teacher.”

Seven years ago, Hosai* walked through the doors of Skateistan in Kabul. She was unsure what to expect.

At the door, she was welcomed by Fatima, an educator at Skateistan Kabul who works closely with the community. Fatima focuses on bringing children who are out of school to Skateistan so they can attend the Back-to-School program and get a second chance at their education. A few weeks before, Fatima had been in Hosai’s neighborhood, conducting a survey of out-of-school children.

“I saw her in the street in an area of Kabul playing with other girls. She was wearing the traditional cultural clothes of her ethnicity, with a round and wide skirt. I talked to families and her mother asked me to please register her daughter at Skateistan.”
Fatima

Hosai was worried that the teachers would be cruel, but Fatima made her feel happy straight away. They looked around the Skate School and filed into the classroom - the first classroom that Hosai had ever been in.

“When she came to Skateistan, she was very shy and she was not able to talk to educators and her classmates, but after spending time with us, she became more social and self-confident.”
Fatima

Over the next eleven months, Hosai learned to read and write. Attending Skate School five days a week, she gradually built up both her skills and her confidence.

“I learned how to write and read in Back-to-School class. That time in my life helped me to be very good in my lessons at school and I have learned how to set goals for myself and how to behave in different places with different people.”

At the end of the program, Hosai and her friends graduated, having passed grade 3 of the Afghan curriculum. Fatima helped each one of them to enroll into public school. Hosai took what she had learned and built on this foundation, completing primary school and then graduating from high school. She still came to Skateistan each week, enjoying skateboarding and the creative education aspects of the Skate and Create program. She also took part in other sports, such as soccer and climbing, which she loved.

Hosai then started her training to be a nurse and midwife. She works and studies at the same time, continuing to build up her skills and expertise. A child who had never stepped inside a school until she was ten years old is now a qualified, independent woman who is building a future for herself.

“I became a nurse because it was my favorite field and also it helps me to help other people, especially women. The best thing about being a nurse is helping people and visiting a lot of different people.”

Hosai’s road has not been easy. For children from low-income backgrounds, there is often pressure to leave school early in order to work. But some of the lessons Hosai learned at Skateistan have stayed with her.

“There are challenges of course; working as a woman in Afghanistan is always difficult. I faced a lot of economical and social obstacles. But at the Skate School, I learned how to make decisions, be a leader for others and how to solve problems.”

Back in the hospital room, the two women share stories. Hosai asks about the team at Skateistan and is happy to know that many of the educators she remembers are still working there.

“When I saw Fatima in the hospital, I was very happy that after years I was able to see my teacher. I was so proud, as all my success was because of Skateistan and my teacher. I told her loudly, ‘Dear teacher thank you so much for your support. I am what I am now because of you.’ Everyone who was there heard it, but I was not ashamed but proud.”

“Sometimes I feel like if I didn’t come to Skateistan, I would not be able to be the person who I am now. I wouldn’t have been able to meet such wonderful people like Skateistan’s educators and my classmates. I would be a housewife and waiting for some man to marry me and support me economically and socially. But now I am independent and I have chosen my life partner myself. I am working in two provinces both as a nurse and a midwife and I am helping women, but without Skateistan I would not be able to do these things.”
Hosai

Skateistan's programs aim to have long-term impact in the lives of our students, helping them to better prepare for adulthood. If you'd like to support us to help young people build a better life for themselves, please consider making a donation today.

If you're a former student of Skateistan and you'd like to join the Alumni Network, please email alumni@skateistan.org.

*Hosai's name has been changed. 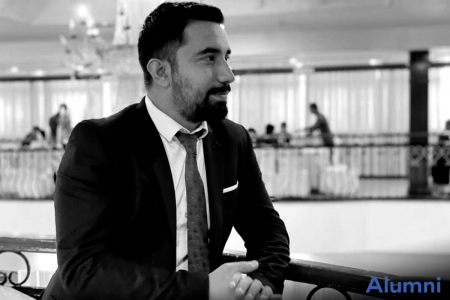 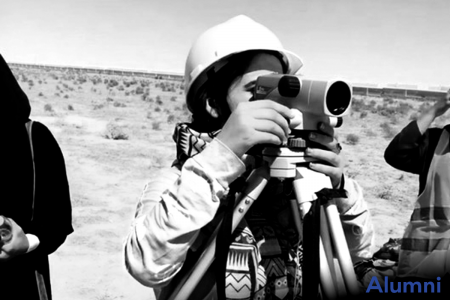 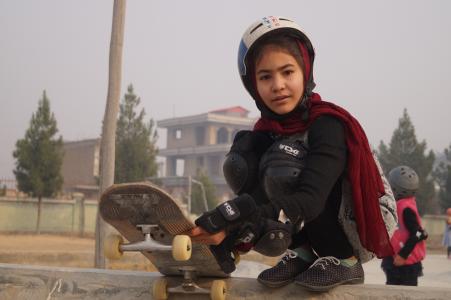